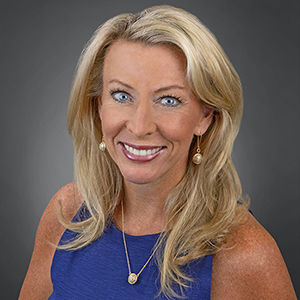 Lorri Shealy Unumb is a lawyer, professor, mother of three boys (ages 18, 15, and 11), and an internationally renowned autism advocate.  She began her legal career clerking for a United States District Judge in Charleston, South Carolina, and then moved to Washington, D.C. to practice law with the United States Department of Justice.

Following her firstborn son’s diagnosis with autism, Lorri began working in autism advocacy as a volunteer, writing ground-breaking autism insurance legislation for South Carolina (“Ryan’s Law”) that passed in 2007 and served as the catalyst for the national movement toward autism insurance reform. In recognition of Ryan’s Law, Lorri was awarded the Autism Society of America 2008 “Parents of the Year” award (along with her husband Dan). She then was recruited by the New York-based nonprofit Autism Speaks to advocate full- time on behalf of individuals with autism.

Recently, Lorri was appointed by the governor of South Carolina to serve as a Commissioner for the SC Department of Disabilities and Special Needs, which administers several of the state’s Medicaid waivers. In 2019, Lorri assumed the role of CEO of The Council of Autism Service Providers, which is a nonprofit association of for-profit and nonprofit organizations serving people with autism across the lifespan.

This website uses cookies to improve your experience while you navigate through the website. Out of these, the cookies that are categorized as necessary are stored on your browser as they are essential for the working of basic functionalities of the website. We also use third-party cookies that help us analyze and understand how you use this website. These cookies will be stored in your browser only with your consent. You also have the option to opt-out of these cookies. But opting out of some of these cookies may affect your browsing experience.
Necessary Always Enabled

Performance cookies are used to understand and analyze the key performance indexes of the website which helps in delivering a better user experience for the visitors.

Analytical cookies are used to understand how visitors interact with the website. These cookies help provide information on metrics the number of visitors, bounce rate, traffic source, etc.

Advertisement cookies are used to provide visitors with relevant ads and marketing campaigns. These cookies track visitors across websites and collect information to provide customized ads.

Other uncategorized cookies are those that are being analyzed and have not been classified into a category as yet.